I have been working with Coach Jon Goodege since October 2018 and continue to be inspired and confronted to learn more about myself every week. There are many coaches and online routines out there that can offer dietary and athletic advice, providing you with adequately organized workouts and food plans. In my opinion there is only one that can provide the perfect balance of training and life for ‘this’ age grouper. From the moment you first talk to Jon you can feel his energy.

I first met Jon in October 2018 and wasn’t sure if I was up for the challenge of a full distance triathlon after my DNF in June that year. I explained my reason for wanting a Coach. My wife had basically said “No Coach, No second try at the full distance!”. I started to realise that with being an age grouper I have not got years to waste with self-teaching and trial and error. So, I took the plunge and made first contact with Jon by telephone. The two-way conversation was relaxed, and I felt immediately comfortable. I knew I found a Coach that could give me the best chance of completing my goal. You kinda know when something feels right e.g. finding a home, a partner and a coach.

Little did I know, after asking him to coach me, that my life would change from that moment. In those 8 months, I learned to swim better, cycle and run more efficiently and my diet changed heaps for the better. I dropped weight and gained energy. I completed my first ever marathon (Brighton) and we talked and took lots of information away with us.
I finished that Ironman distance with my wife, my daughter and Coach Jon shouting encouragement to me ALL day long. When I say all day, I mean all day. He had checked out the course the day before and offered advice. He checked to make sure I had everything I needed and turned up by surprise at the briefing the day before. The smiles were huge and even my daughter talked to him straight away. This ‘gentleman’ was my wing man for the day of the race and every day for my sport of choice, triathlon.

My athletic pursuit would not have been possible if Jon hadn’t been able to truly understand who I am as a person and what life balance I required to get me safely to that start line. You cannot buy this bespoke partnership online. Jon has helped shape my life athletically and personally. It is a gift that he generously shares with his athletes and everyone he meets. 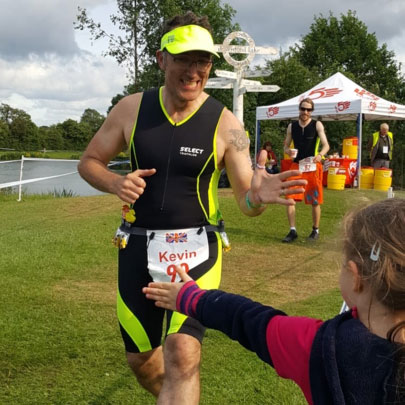 After qualifying for TeamGB Age group triathlon I took Jon on as my coach for the 2019 season. During this time I successfully completed 3 x 70.3 races including the European Championships in Transylvania plus my first Ironman on Copenhagen. Numerous top 10 finishes and a number of podiums for a successful season. Jon is a very enthusiastic coach who wants the best for his athletes. He’s very knowledgeable when it comes to nutrition and supplementation to help performance. He uses the data provided in Training Peaks to plan and adapt training accordingly always being responsive to changes in circumstances and the pressures of family life. I would be happy to recommend him especially to someone who is looking for a hands on coach who is fully involved. 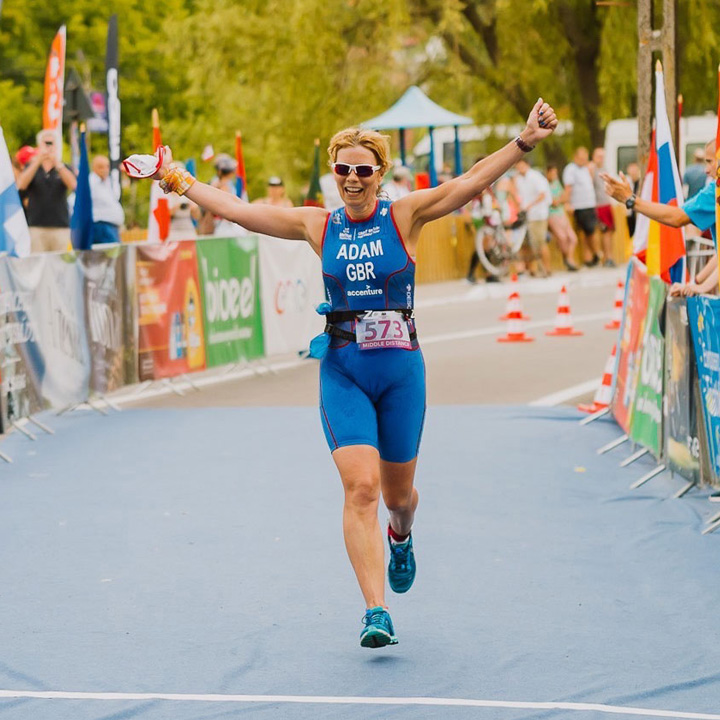 During my triathlon training Jon assisted me with my nutrition and weight loss program. From 15st 2 down to 12st 12 in a cotrolled manor. This had a positive effect on my training and confidence.

It all started as a bit of a ‘mid life crisis, I was approaching 50, had put on a little (ok a lot) of weight and wanted to challenge myself……..I had run a few marathons in my younger years so wanted something different, couldn’t really swim and wasn’t keen on cycling as I was terrified of going fast, but thought ‘I know – an Ironman…..’

2018 I did my first triathlons, including an Ironman distance, all self coached and was pretty pleased with myself, but then had the ‘what now’ problem, the weight then piled back on as training hit an all time low and work hours a ridiculous high.
Time continued to tick away until I was brought abruptly down to earth, a visit to the bathroom and realised I could no longer pull my skirt up over my thighs, had to undo it and have a little cry

Time to take action...............
Out went the pastries, cake and chocolate bars, in came the veg and rice.........the weight came off but I feared it wasn’t sustainable as my relationship with food was not a healthy one.

Lakesman half came and having done it the year before thought I would be just fine on minimal training - again I got a taste of reality, after a reasonable race in 2018 I was slower in 2019, it was nowhere near what I had wanted - but reality was I hadn’t worked hard enough for it, thought I could manage off the back of the previous years training..........

Along came Jon……..mild mannered, communicative, responsive to changes in daily routine and mood and a regular clear training schedule built around my goals
So 7 weeks of being fully invested in the programme set and my final event of the year came around..........wanted a PB, secretly want a podium finish, (even more secretly wanted a GB slot, but thought that was 18 months at least away......)
The rest is history - 2nd place, 40 minute PB, GB slot and now a few more months on a totally different and (on most days) healthier relationship with food, and a body I didn’t think was possible at my age.

The food advice alongside the triathlon coaching has brought me to the lightest I have been since before children(and they are 26 and 29 now), I have muscles I didn’t know existed and a whole new wardrobe 2 – 3 sizes smaller!

The nutrition plan fromJon came as a but of a culture shock – he wanted me to eat more! Very clear guidance on how much protein, carbs and fat allowed my relationship with food to become healthier and I shifted a further 15lbs despite eating more. The fuelling into races or long training sessions has also,I believe, impacted on both my results and overall fitness.

If you believe you can do it, are prepared to be disciplined and put the work in and tackle some emotional demons – then Jon is there to work with you, I truly believe he gets as excited about my small and big successes as I do.
He can’t do it for you, but he can provide the structure, schedule, development points and will answer your endless questions to support you reach your goal. 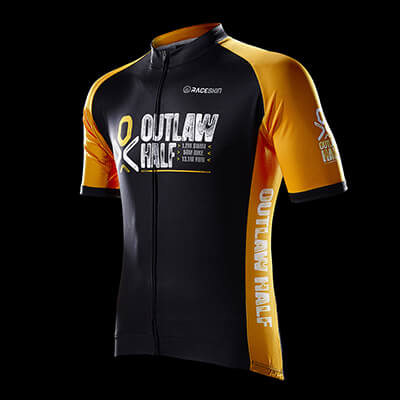 However, I know his partner well and virtually in cyber space I know several of his clients.

Around 3 months ago I read a FB post from Eddie tango robertson after he posted about loosing 2 stone. We exchanged PM's and he advised me he'd been working with Jon, who was advising him on his diet and his training plan.

I'd been a keen cyclist previously but had lost my mojo and had started to put weight on and was feeling flat, i had just started to try running but had injured myself following poor advise over shoe selection from a shop over my gait. Fast forward a month and I'd recovered after my injury and mid November I messaged Jon and we started working together and I've not looked back since! Two months in I'm now a stone lighter than when I started based on his guidance and support and I'm also probably the fittest I've been in my adult life and look forward to getting fitter and leaner.

Ultimately the hard graft and sticking to your diet plan is down to you, but you need the guidance, coaching and ultimately the support as to what you should be eating and what training you should be doing. Jon is extremely knowledgeable, is great to deal with and is highly supportive. Yes he's super fit now, but has been a bigger guy in the past and totaly appreciates where you currently are, but also how to get where you want to be. 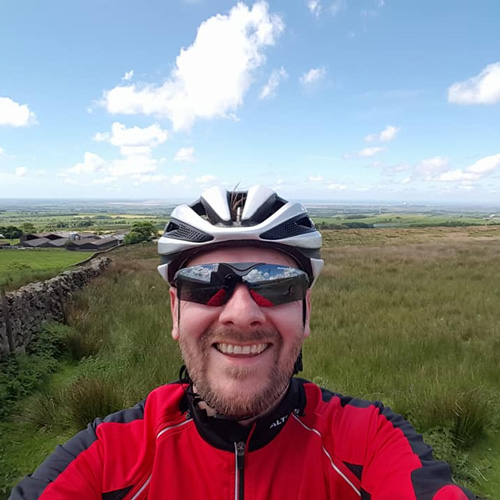 I was a busy mum working, 2 kids and training for half iron man, Jon was amazing he wrote me a programme that fitted round me and my life and listened to my feedback. He was always available on WhatsApp for any questions, help I needed. I couldn't have done it without him. He took away all my worries and concerns so on the day I felt confident. 100% recommend Jon for anyone thinking about doing any endurance events. 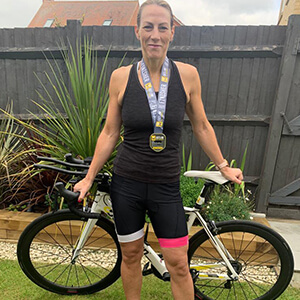